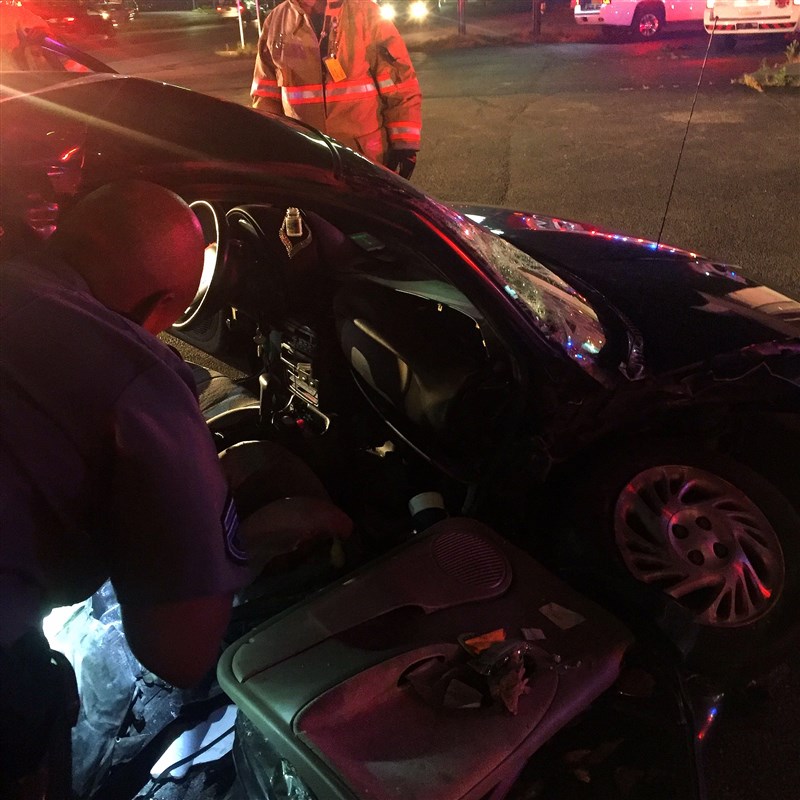 On June 2, 2016 at 2117, the Dover Fire Dept. was alerted for a motor vehicle collision, with subjects trapped, at the intersection of N. Dupont Hwy and NE Kings Hwy. The Duty Officer, Capt. Michael O’Connor III was first on scene to find a two car collision with one subject unresponsive and trapped. E4 was the first apparatus on scene. The crew quickly stabilized the vehicle and began extrication. The subject was removed from the vehicle by eliminating the passenger door with hydraulic rescue tools. The subject was turned over to EMS for transport to the local trauma Center. A total of two subjects were transported and one refused treatment on scene. The scene was turned over to Dover PD for investigation.

City of Dover BLS Unit: A63 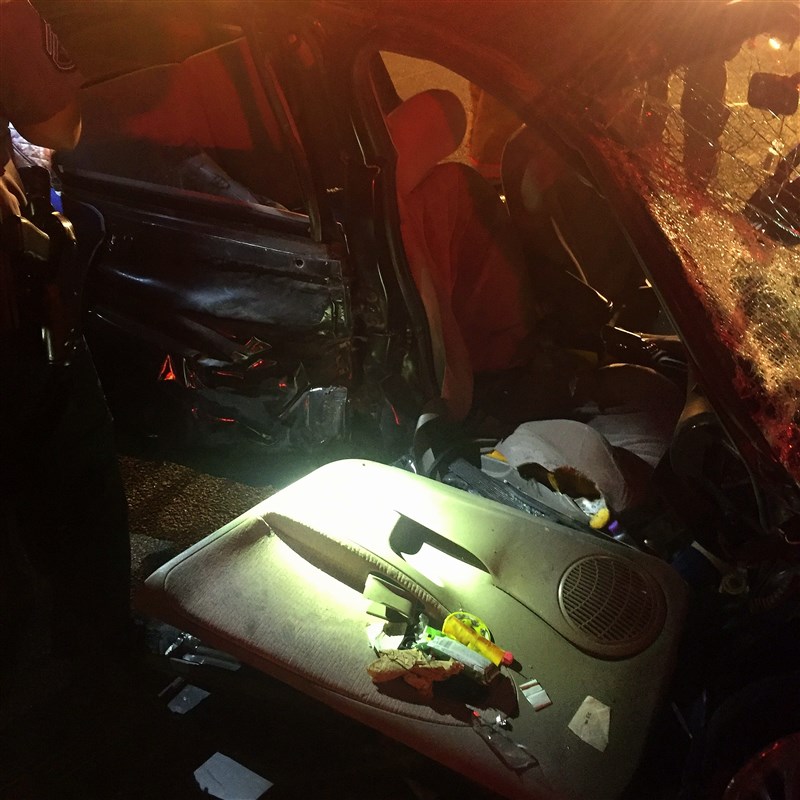 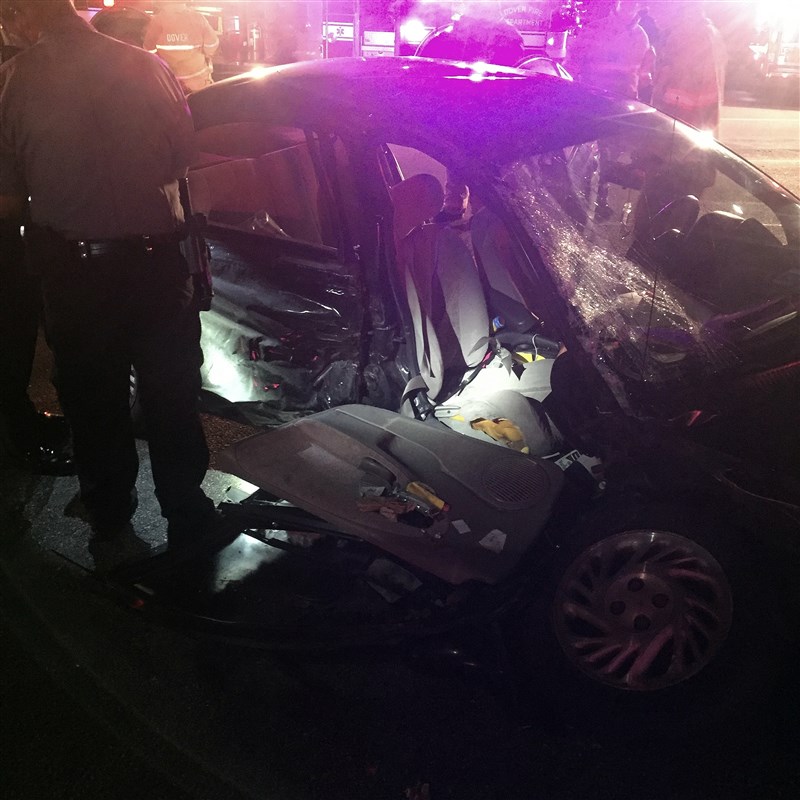 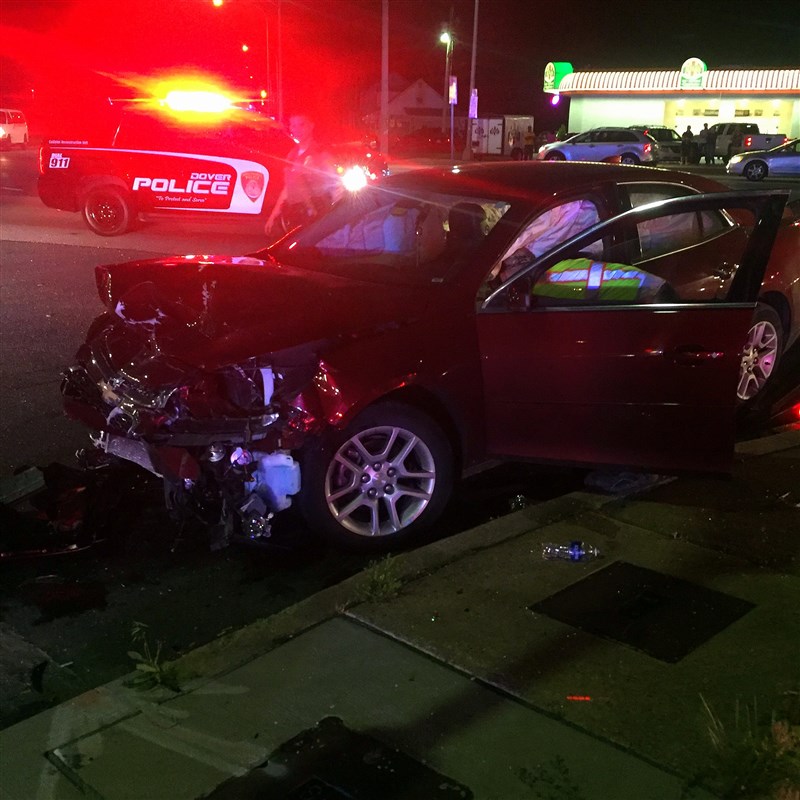 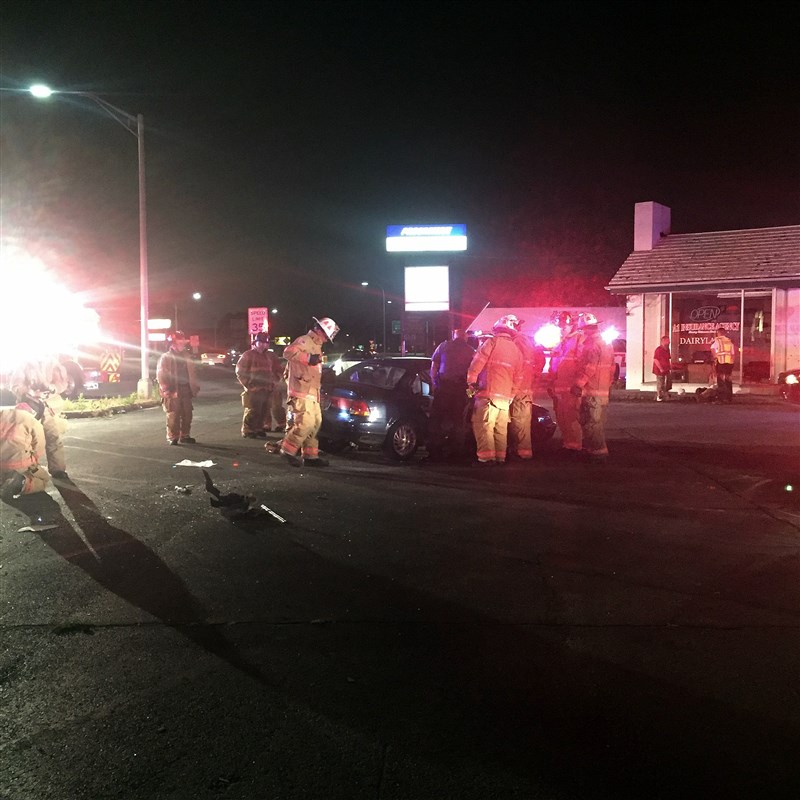